Having spent a busy month dressed as one of Santa’s little helpers, a ghetto elf with pink shades,  I finally find myself with a relaxing bit of time on a beautiful beach in Aruba where I can write about my third contract out of the four I’ve done so far.

I’ve been unbelievably lucky with my contracts so far, each one has taken me to a different continent and Ovation of the Seas gave me the opportunity to see Australia, New Zealand and New Caledonia before doing a similar itinerary to my first contract on the Mariner, sailing out of Singapore, around Malaysia and Thailand and finally sailing from China and visiting lots of Japanese ports. 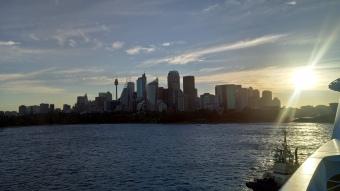 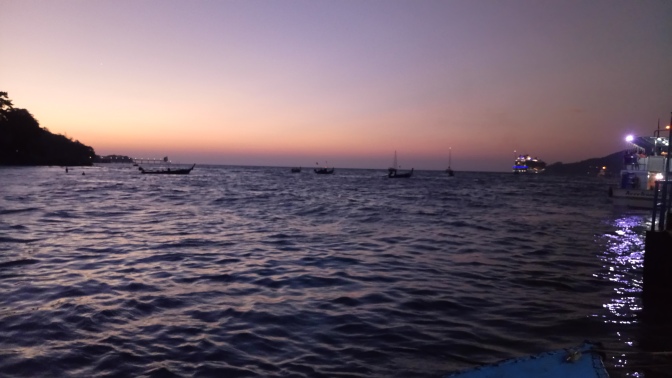 Ovation of the Seas is one of Royal Caribbean’s Quantum class ships, meaning it is the second largest design of ship in the company holding almost 5,000 passengers if it was full. For the first week on the ship I felt like a new hire again trying to find my way around. I now take for granted the awesome things that Royal floats around the oceans, like rock walls, surf simulators, sports courts and theatres but on the Ovation: bumper cars, an indoor skydiving tunnel and an observation tower that raises up to 300 feet above sea level really do need to be seen to be believed.

It was an amazing contract for me, workwise I lucked out, I arrived the day that Australian summer holidays finished and we went from 1,200 kids on board to just 300 and I left on the day that the Chinese school holidays started so again avoided the cruise where the number of children on board went over a thousand. I managed to keep hold of a cabin with no roommate for almost 2 months and the ship was forced into an unexpected dry dock and so we had a week and a half with no guests at all.

The ship sailed out of Sydney, which provides one of the most spectacular ‘sailaways’ that I’ve witnessed on ships, for a bit over a month and then we changed our home port to Singapore, again for just over a month before relocating again and sailing from Tianjin, China. I had overnight stops in Tasmania, Thailand and Japan, I visited Universal Studios Singapore and Disney Land Hong Kong and explored a remote Chinese island while we had to have repairs made to one of the the ships propellers.

The only – I’m going to say – ‘difficult’  part of my contract was dealing with Chinese guests. Something else that needs to be seen to be believed. My team of Chinese staff were all amazing such friendly and attentive people. The guests on the other hand…… Spit, push and pee everywhere.

Bare in mind that on a ship you are constantly within a 1 minute walk of the nearest bathroom, guests (especially the grandparents) would encourage toddlers to pee wherever they are. Inside, outside anywhere they’d just whip the kids pants down to pee. Some kids (admittedly in China as I never saw it on the ship) have trousers with no back so they are walking around bare-ass just in case they need to do their business.

Lining up during Chinese season was a madness. Trying to get off the ship often ended in guests swinging at each other, again, especially the older generation. I witnessed two different occasions where old ladies hit other guests whilst lining up. I avoided the buffet at all costs so didn’t have to witness guests eating with their mouths wide open, hacking up flehm and allowing kids to pee in bottles.

But my overall impression of the Chinese was saved by my team who as I mentioned before were amazing. Lana Banana and myself survived- as the only non Mandarin speaking staff for quite a while (even though our rock n roll night with 25 kids who couldn’t understand a word we said was unbelievable) – thanks to their help.

Working every day for 5 months, as I’m sure you can imagine, takes its toll but I was less tired after my contract on the Ovation than I have been after other contracts. I don’t think I will strike that lucky on a contract again but as Share-bear would say….. Put good vibes out into the universe and you will get them back. 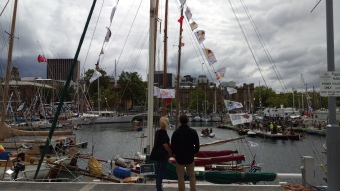 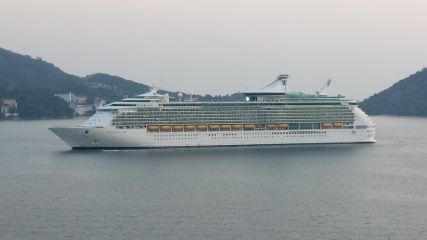 I’m often asked which ship/ which port is my favourite but each different ship and place have their own individual beauty. Their own unique attributes and things that make them great in their own way. My second ship working for Royal Caribbean was the Independence of the Seas. A party ship. On the Indy you work hard and play harder.

Working on ships as a youth staff you are generally offered a contract that lasts on average 5 months followed by a two month break. The duration of your contract is usually spent on the same ship (but occasionally people might get transferred to another ship halfway through for a variety of reasons). At some point within the last month of your contract you are offered your next assignment  and when I was on the Mariner of the Seas and told I would be joining the Independence next, I couldn’t find a single crew member who had a bad word to say about it. Quite the opposite in fact, everyone said it was an awesome ship and after almost 6 months there I would have to agree!

The itinerary on the Indy sailed from the home port of Southampton and visited Gibraltar, Spain (Canary Isles included), France, Italy, Portugal and Belgium. That was the European season for the ship and covered my whole 5 month contract but I extended a few weeks and did the crossing to the Caribbean which was 8 days at sea across the Atlantic ocean followed by stops in St Martin, St Thomas, St Kitts, Puerto Rico  and Haiti. 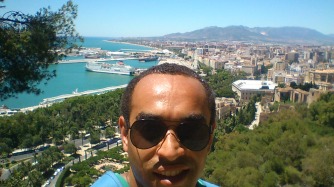 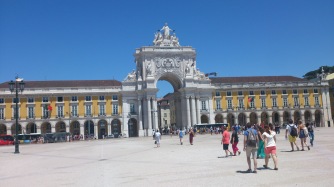 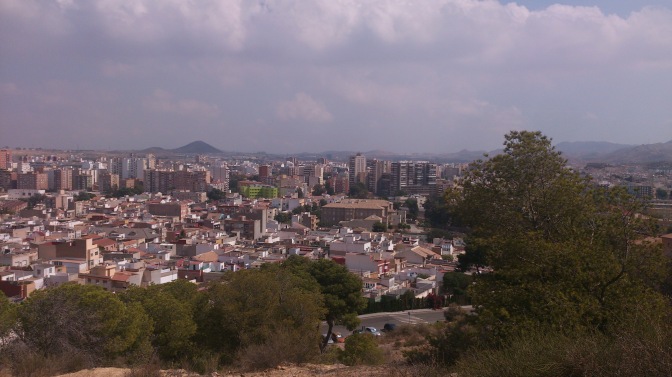 My final cruise was a Reggae charter cruise. Sean Paul, Beenie Man and the Marley brothers were just a few of the names on board the ship hired out by Jamrock for a 3 night cruise around Jamaica.

It was a very easy transition jumping from the Mariner to the Indy as the ships have a very similar layout with just one extra fire zone that provided the space for an extra 500 to 1,000 guests and 300 more crew members. The Indy had a baby splash zone (unfortunately manned by youth staff during the day) and a flow rider (fake wave machine) that the Mariner didn’t but ice rink, theatre, dining options, rock wall and sports court were all pretty much the same.

I enjoyed sailing out of England and being just an hour and a half away from my home city of Oxford so the opportunity for family and friends being able to come down and visit on turnaround days was amazing. Having familiar shops like Prim-arni H&M and Zara just a 10 minute walk from where we docked was great and a crew full of crazy Brits like myself who live to party was even better.

All crew parties were few and far between on the Mariner where a lot of the Asian crew members don’t party like in the West. The Indy however would have an all crew party usually one per cruise as well as themed nights at the back deck. My lovely Latinas (at 1am after finally finishing their hair and make up) would insist that I came to every Latin night to attempt to keep up with their salsa dancing.

Apart from the awesome parties the Indy stopped at some amazing ports that I will go into more detail about in later posts. I was able to catch up with my cousin in Barcelona, had over night stops in Palma De Mallorca and saw monkeys dolphins and whales around Gibraltar as just a few highlights. 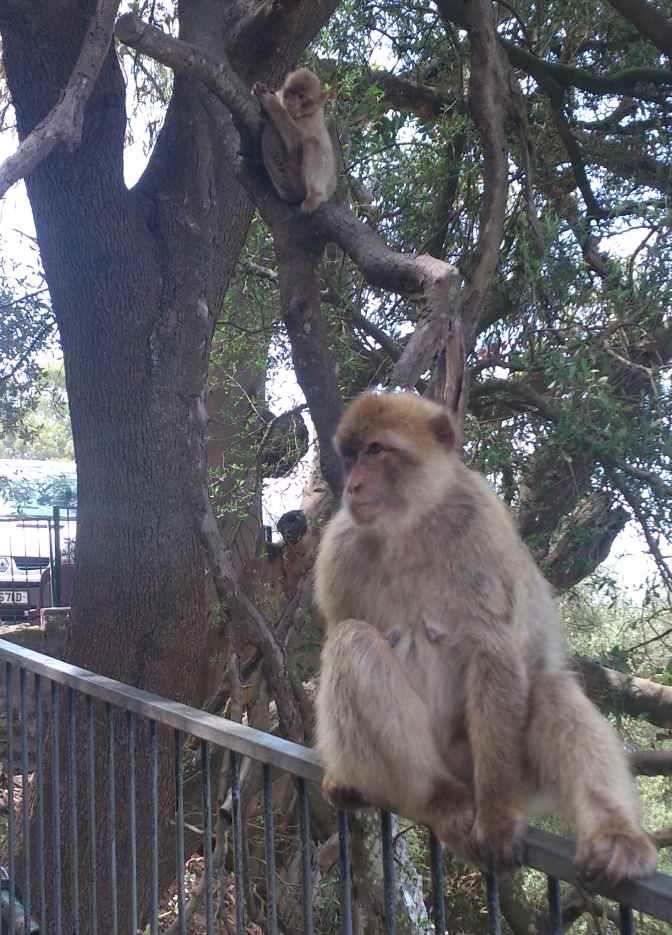 Adventure Ocean, where I work,  was great and we had such an amazing team. A team that would work like a captain and play like a pirate. An experienced team where you were happy to work with pretty much everyone which most people who work on ships, or in fact any job where you work in a team, can tell you is a rare thing.

After my brothers Sean,  Keith, Tony and Sasha,  who I have the pleasure of working with now on Adventure of the Seas, ditched me I was left for a month being the only male on the team. Not easy! But I was always looked after. Particularly by my friend Annie who followed me from the Mariner to make sure I stayed out of trouble and Gemma and Esta who were great drinking buddies.

The team was held together by Kangaroo Karina and Quetzali who were both legends and worked so well together as manager and assistant. The people you meet on all ships can make or break a contract for a lot of people and I haven’t even scratched the surface of the cool people I met.

The shows on the independence were top quality. I was lucky enough to be on the ship as Grease was introduced to the theatre with a cast of fun and friendly people who worked tirelessly for close to a year away from home including rehearsals. The ice cast preformed two exciting shows that I watched on multiple occasions so the nights where I wasn’t partying, working or trying to recover from partying and working I had plenty of entertainment on hand.

It’s said time flies while you are having fun and that cliché is definitely true of my time on the Indy. Five months went by in the blink of an eye and signing off late December ensured that I was able to spend Christmas at home.