Time is a weird concept when you stop to think on it. The last month and a half has gone so quickly but trying to think back to where it all began it seems so long ago!!

Cancun was the first stop of my trip, the place famed for spring break, beautiful beaches with beautiful bodies on those beaches. I actually only saw the beach at night time and went for the more cultural option of a trip to Chichen Itza instead. 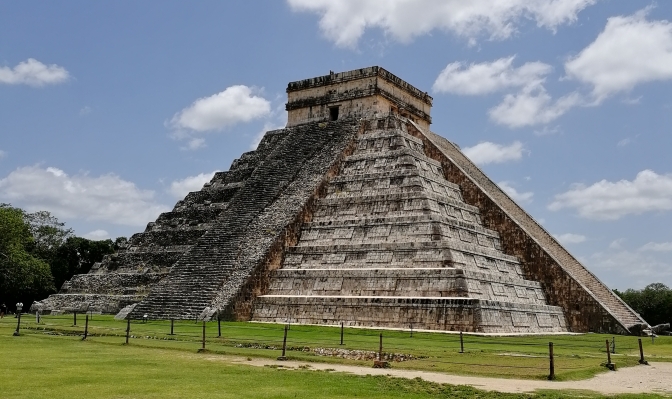 I had one week on my own when I arrived in Mexico and researched things to do on the Quintana Roo. I was unsure if it would be best to stay in Cancun, Playa del Carmen or Tulum so in the end I did a couple of nights in all of them!

When I arrived in Cancun I caught up with a ship friend, Ilke from Belgium who was living in Cancun with her boyfriend. We had a couple of drinks at my hostel and then a cocktail at a bar where one litre cost just 60 pesos (£2.10). Once her boyfriend had finished work he took us for a drive around the area.

Cancun is divided into two areas, downtown and the hotel zone. The hotel zone is where you find all of the night clubs and the beaches. There were advertisements for bikini parties that cost around £50 to get in and all you can drink. Driving along the strip with music pumping everywhere you could see why it has the reputation of being a party town.

Unfortunately the time of year that I went to Cancun the usually beautiful beaches were full of washed up sea weed and it carried the smell to go with it. I found out later in the week that it was the same all along the coast.

In my only full day in Cancun I took a tour to one of the seven modern wonders of the world: Chichen Itza. The tour could have been taken anywhere alone the Quintana Roo and my journey was very long as the tour company picked up guests from Playa del Carmen and Tulum first (and in reverse in the way back). It meant that I got picked up for my tour at 8am and wasn’t back again until gone 11pm. Lucky I didn’t have anything else to do that day! 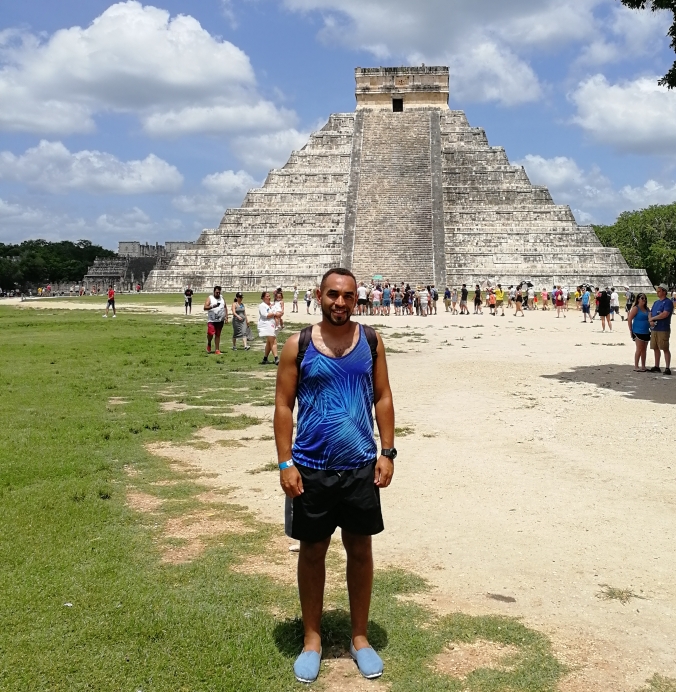 Chichen Itza was pretty spectacular. On arrival I was sent away with a tour guide who was to do an English tour. He seemed like he had done the tour way too many times and couldn’t be bothered with the detailed descriptions of the Mayan history. After about 40 minutes, glossing over the main points, he gave us an hour and 20 minutes to look around by ourselves which suited me fine.

It took most of an hour to walk around all of the different ruins that surround the big iconic pyramid. With no shade around in the midday sun I was ready for the next part of the tour, a trip to Cenote Ik Kil (pronounced say-no-tay). 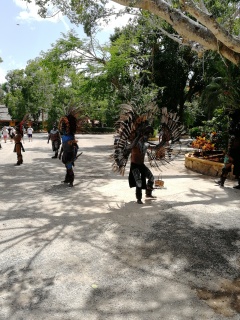 Cenotes are a combination of underground rivers that run along the Quintana Roo and there are lots of different ones to visit where you can go and swim. The one that our tour visited was quite spectacular and was one of the venues on the ‘Red Bull Cliff Diving’ circuit. 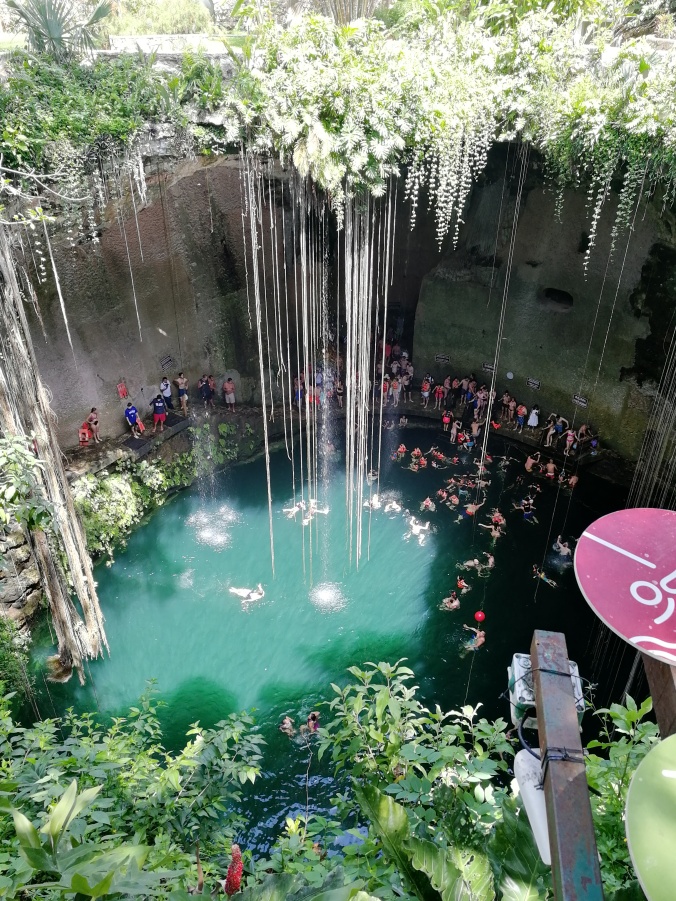 We arrived at the very top of the cave (where they would usually have the platform for the cliff divers) and looked down the 26 meters to the bottom. There were hundreds of tourists down there swimming, many wearing bright orange swim vests to stop them drowning in the 40 meter deep water.

The stairs down have a few viewing platforms where you can look at the vine covered walls that go all the way down to water level. Once at the bottom there are some diving platforms set up, the highest being about 6 meters high. When I jumped in I did my best to forget that it was once a place used for human sacrifice by the Mayans thousands of years ago. 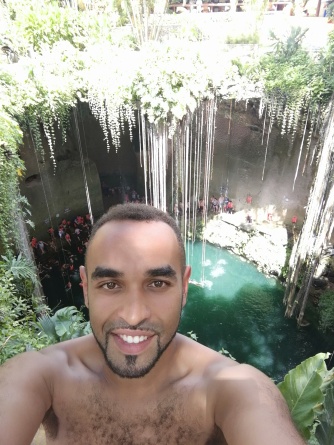 So I didn’t see a huge amount of Cancun whilst I was there but saw enough to know that I wasn’t a huge fan. It was a bit too spaced out between downtown and the hotel zone and everything in the hotel zone seemed over priced. I’m sure if I was there with the boys to go and party I would have loved it but as it happened I moved on to Playa del Carmen instead.