The 2 hour bus journey, from Santa Clara to Trinidad cost us 8 CUC each (less than when we got ripped off a few days previously) and took us on a winding journey through lush greenery. Trinidad itself was a fairly touristy area with Belgium style cobbled streets, spectacular views of rolling hills in the distance and lots of bars and restaurants. One of those restaurants provided us with by far the best food that we had whilst in Cuba.

At ‘La Botija’ Karen and I shared an amazing Spag Bol, a kebab with beef, onions, prawns and pineapple after fish cakes and loaded potatoes for starters. The food was really well presented and just 22 CUC (£15) each for two courses and a drink.

There were plenty of excursions being offered around the town at a variety of prices and we opted for a horse ride to the waterfalls. Now, I’ve never ridden a horse before and enjoyed the first 20 minutes but after that I was kind of bored and extremely sore!!

Any apprehension of riding disappeared after we met our guide Jorge. His son, no more than 5/6 years old came trotting along on one of the horses, feet not even reaching the stirrup and a mischievous grin on his face. He got told off for trying to ride too fast. The apprehension quickly returned as we had to walk the horses down a steep cobbled path and my horse kept stumbling and losing its footing.

The guide explained to us how to control the horse (simply pull the reigns to the side that you want the horse to go) but might as well not have because my horse just did what it wanted. On many occasions my horse cut across Karen’s, sometimes pushing them into the bushes, to ensure that we remained in front. We stopped for fresh coffee and a cigar on the way to the waterfall and food on the way back. I was glad to make it back in one piece on my horse that was anything but sure footed. My everything hurt and a relaxing beach day was perfect for the following day. 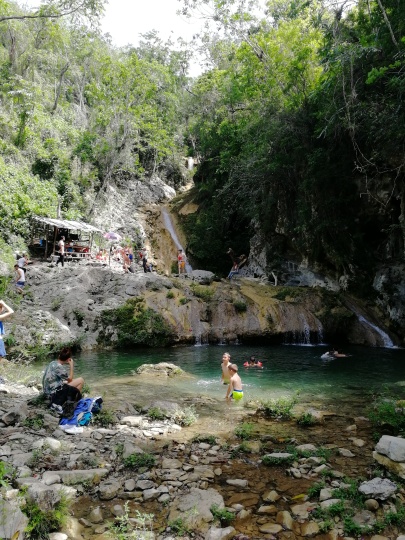 The beach in Trinidad wasn’t even close to as nice as in Valadero, despite recommendations by Jorge the horse guide. I did go swimming in the merky water but quickly got out having been scared by a stingray that decided to jump out of the water just a few meters behind me.

The evenings had a nice vibe in Trinidad. Live music, bars and restaurants were all around and on one night down in one of the main squares there was a live DJ and a sort of street party. We also went to a really cool nightclub that is built within some caves. 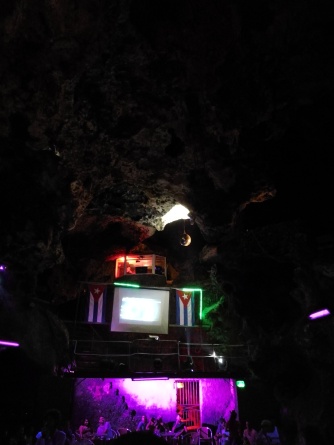 On our last day we arranged a taxi to take us the 4 hours back to Havana. The taxi we shared with another couple and cost us 20 CUC each, which was the same as the 7 hour journey on the bus. We watched England reach the semi final of the World Cup and then drove back in the afternoon. We went to our original hostess Ani who organised for us to stay with a friend as she was full that night.

We spent our last night in Cuba in a huge nightclub. It was a long wait to get into the big building with about 6 different rooms that included music rooms, an Art gallery and a cinema room. The barman gave me the bottle to pour my own drink and looked at me disapprovingly when I politely only filled the massive glass half way (so I finished the bottle off instead). 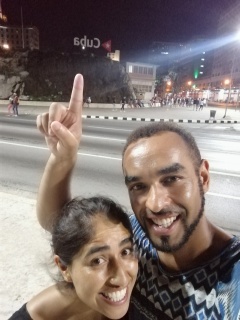 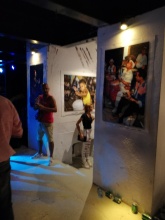 The next day we got a taxi to the airport and flew back to the future, where there was nice food, modern cars and WiFi in Cancun.